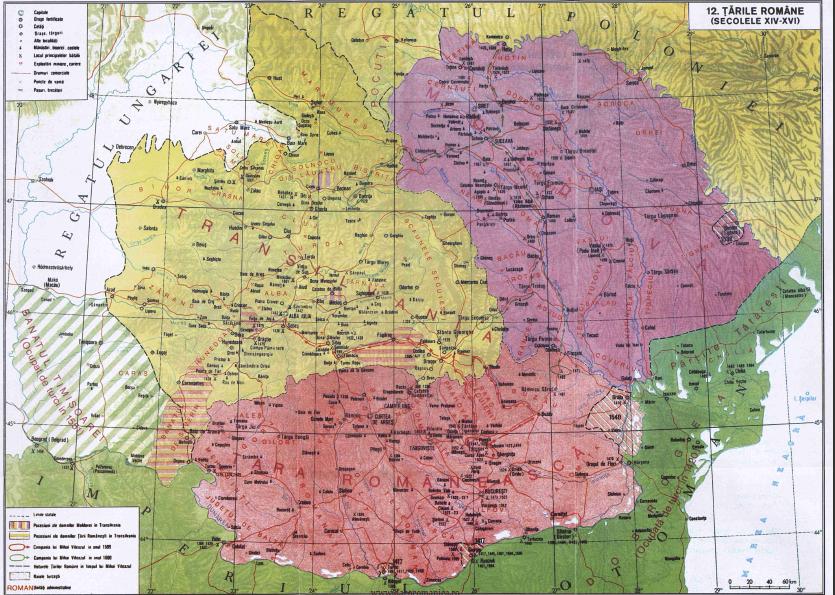 Moldova is a largely rural country, made up of gently rolling farmland with numerous lakes, small villages, and woodland. The landscape is cut by many streams and rivers, many of which form impressively steep sided valleys as the underlying limestone is eroded. Moldova’s hills are part of the Moldavian Plateau, which extends from the Carpathian Mountains. The country’s highest hill, Bălăneşti reaches 430m.

Most of Moldova lies between two rivers, the Nistru and the Prut. The western border of Moldova is formed by the Prut River, which joins the Danube before flowing into the Black Sea. Moldova also borders the Danube for 480m, where the small port of Giurgiuleşti gives access to that great river. In the east, the Nistru (Dneister) flows through the country before joining the Black Sea. There are 3,500 lakes in Moldova, most of them made by farmers for irrigation, and for fish and duck ponds.

About 75 percent of Moldova is covered by rich black chernozema soil, which grows a variety of crops as well as wild flora. The soil becomes less fertile toward the south but can still support grape and sunflower and many steppe grass species. Moldova has two vegetation zones: steppe and forest. Moldovan flora includes 2,300 species of wild plants; (13% are listed as rare species). Oak, hornbeam, linden, maple, chestnut, wild pear, and wild cherry are the most abundant species. The term Codri generally refers to all forests in the area of the Carpathians, yet in Moldova most forests are preserved in the central part. Codri sometimes can refer to the forests in the hills west and north of Chişinău. Local fauna includes; Deer, foxes, wild cats and many woodland bird species, small and medium size rodents, wild ducks, pheasant, storks and pelicans.

There are 5 scientific reservations in the country with an area of 19.4 thousand ha. There are two forest reservations in the Moldova–Codru Reservation and Plaiul Fagului (Land of Beeches). Two other reservations are located on the Prut River floodplain–Prutul de Jos (Lower Prut) and Padurea Domneasca (Royal Forest). The Lagorlac Reservation protects and studies the unique aquatic ecosystem of the Nistru River.

Nearly 60% of Moldova’s population lives in the countryside; however there are several large cities and towns with more than 100,000 inhabitants. The country’s main cities are the capital Chişinău, in the center of the country, Tiraspol (in the eastern region of Transnistria), Bălţi (in the north) and Bender (in the south-east). Comrat is the administrative center of Gagauzia.