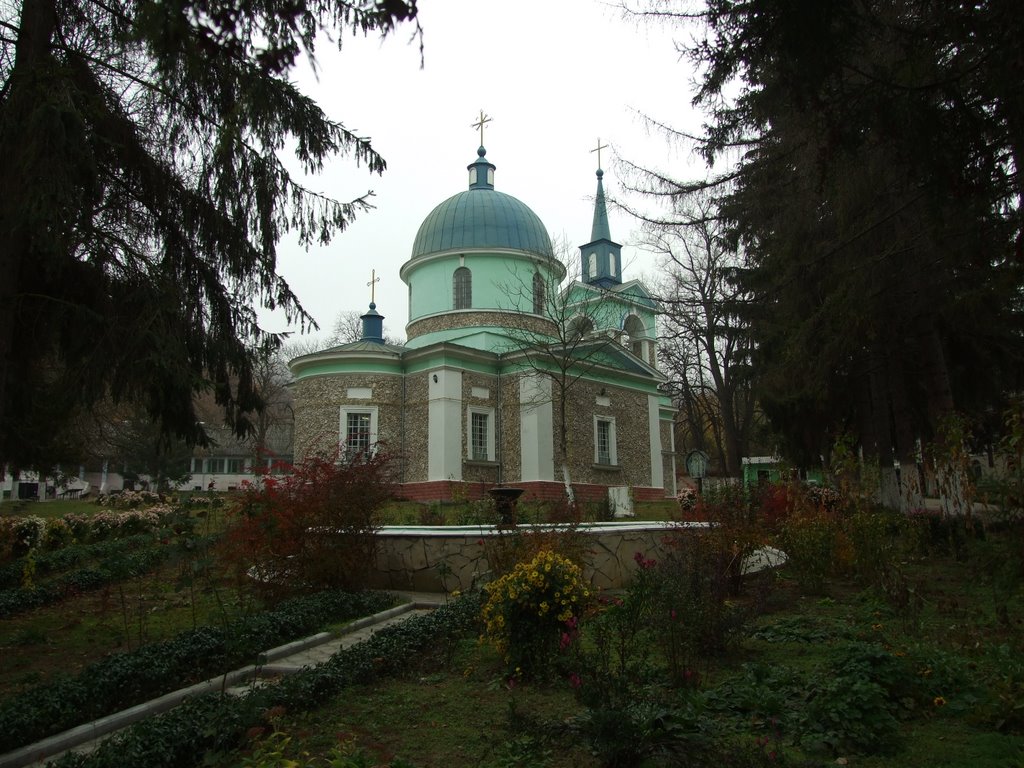 It is situated 70 km north-west of Chisinau. The community of monks appeared in this area for the first time in 1740. Later some wooden churches and cells were built. The first half of the XIX c. was a flourishing period for the Hirjeuca Convent. It was surrounded by lakes, fountains and paths in a well designed park. In 1836 the summer “Resurrection” church was built in a similar classic architectural style as the Cathedral of Chisinau. Later came the winter church, “St. Spiridon”. In 1922 the interior of the latter is painted by the famous painter Pavel Piscarev. Hirjeuca Convent had an impressive library and a school for children of clerics. During the Soviet period the convent was closed, and functioned instead as a sanatorium. In 1993 the convent was reopened. In its grounds one can find the famous “Spring of Youth” which has curative properties. Visitors can make an excursion through the local forest, which is considered to be a valuable natural monument.

The Convent can be visited daily.