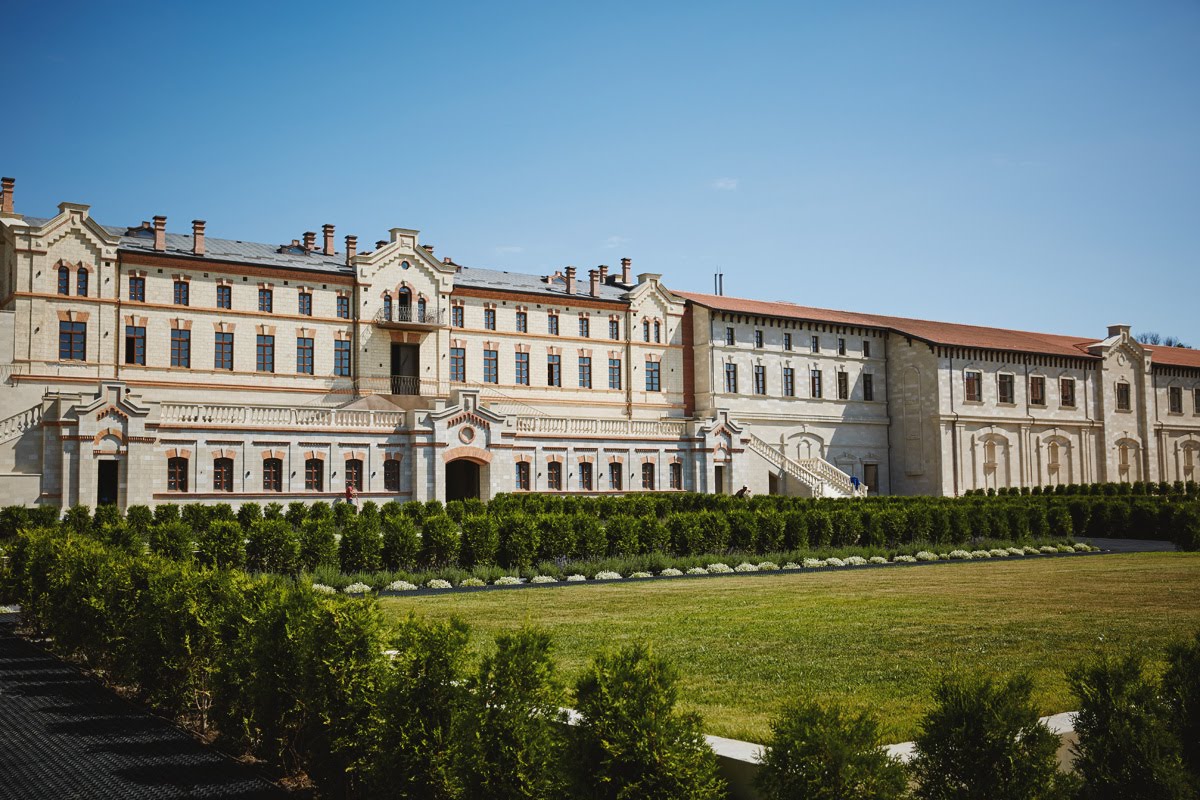 Less than a 30-minute drive from Chisinau, in Bulboaca village, you will discover a breathtaking sight, and you can enjoy a glass of good wine. Here stands the «Castel Mimi» – the first real chateau in the region, built in 1900 by the last governor of Bessarabia, Constantin Mimi, after whom got its name.

Governor Mimi was a lawyer as well as a great admirer of wine. He studied viticulture and winemaking in France, in Montpellier, from where he brought the palace project, later built in Bulboaca village, as well as the grape variety – Aligote. His wines have enjoyed enormous success and were exported even in the most distant countries of the world.

The castle was the first building in the country, built of reinforced concrete, which was a rarity in those days, and its basement housed 300,000 liters of wine stored in oak barrels. Over the years, the building has acquired extensions and beauty was spoiled by thick layers of plaster. After nearly 100 years, Mimi’s castle became the property of one family, which in 2010 had begun the reconstruction of the winery, and after the castle, in order to reestablish as much as possible the authenticity and originality of the building. All the works, as well as 123 years ago, were conducted by the Italian architect.

Currently, “Castel of Mimi” is a multifunctional complex in which represents winery, hotel with 22 rooms, 7 houses of “chalet” type, the museum, the art gallery for young artists, the conference hall and banquet halls for different events. Two tasting rooms and 6 rooms in the basement make an ideal atmosphere to taste the wines «Castel Mimi» and unique dishes from the restaurant in the complex.

Legends are made by great people that accomplish big things, being driven by their passion and dreams, without being afraid to put in hard work and dedication! One of these people is Constantin Mimi, a pioneer, an emblematic wine maker and an important public figure of XX-th century. He dedicated his life to wine. By applying the knowledge he acquired in Western Europe, Constantin Mimi managed to build the first chateau in Moldova. This led him to produce great wines and raise the standards by implementing new technologies. Thanks to his actions the country’s wine making industry was saved a couple of times, so Moldova can be today one of the leading wine producers in the world.

THE STORY OF CASTEL MIMI

A couple of years ago Mimi wines were introduced to the general public. Because of their high quality and memorable flavors they gained popularity fast among wine lovers. Our story however begins long before, at the end of XIX century when Constantin Mimi, the last governor of Bessarabia during Russian Empire era, decided to change the way Moldovan wines are made and builds the first and the only true chateau in the country! Also thanks to Mimi Family today we have Aligote in Moldova, one of most beloved varieties! Constantin Mimi’s Legacy – The Castel alongside secret recipes and hard work standards – was passed intact to future generations of winemakers that pay justice to his memory by continuing to produce high quality beverages, suitable for any occasion! So rise a glass of wine with us to remember this remarkable personality that supported the development of Moldavian wine making culture!

Constantin Mimi was born, on February 2nd, in the family of Greek refugees Alexandru Mimi and Aglaida Vacamei.

Constantin Mimi inherited the lands of his father and started planting the first vine stocks on his estates.

Constantin Mimi got married to Gulzade Titreant and with this occasion founded his Winery Castle in Bulboaca village.

Constantin Mimi had graduated from the High School of Agronomy in Montpellier, France, where he studied for two years the science of European wine making.

Constantin Mimi finished the building of his legendary winery, surrounded by enormous fields with vineyards. Soon enough, the quality of Mimi’s wines was recognized at an international level, being sold all over Russian Empire.

Constantin Mimi welcomes at the castle Nicholas II, the last tsar of Russia. This meeting gave the monarch a better understanding about the quality of Moldavian wines. Later Mimi started supplying his wines to the Russian army during the First World War.

Constantin Mimi becomes the Governor of Bessarabia, the last one in the Russian Empire Era.

Castel Mimi becomes state property and later is turn into an industrial Wine Factory, one of the biggest in URSS.

Through decades the wine production kept on growing. More than ten leaders preserved the winery in a continuous process of development.

Today Castel Mimi is one the leading touristic attraction in Moldova, a true guest card of the nation, visited by people from more than 100 countries. The Castle was also included in Top 15 of world’s most beautiful chateaux. Thousands of people are visiting the venue to rediscover Moldova through brilliant wines, delicious cuisine and finesse of local traditions.