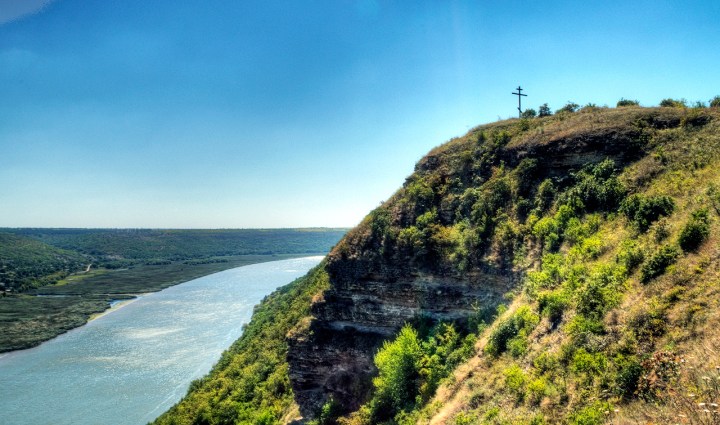 In Tipova on the rocky side of the Nistru river (about 100-km north of Chisinau), is the biggest Orthodox cave monastery in Moldova and in Eastern Europe. Long before the feudal state of Moldova was formed, a community of monks was established here. Some say that in the X-XII c. (according to others in the XVI-XVIII c.) some cells were dug inside the steep cliffs of the Nistru. In 1776 a prosperous period started when the monastery was divided into large parts, separated by massive columns. During the Soviet period the monastery was closed and destroyed. In 1975 the ruins of the Tipova monastery were protected by the State and in 1994 religious services resumed.
It is said that the wedding of our great Ruler Stefan cel Mare and his wife Maria Voichita was held in this monastery. Another legend says that the mythological poet Ortheus spent his last years on these hills and is buried in a nook of a waterfall. The monastery can be visited daily.

Tourists can visit the splendid path though the “Tipova” nature reserve. In ancient times (IV-III c. BC) a Geto-Dacian fortress stood in the grounds. Its remains are still visible.