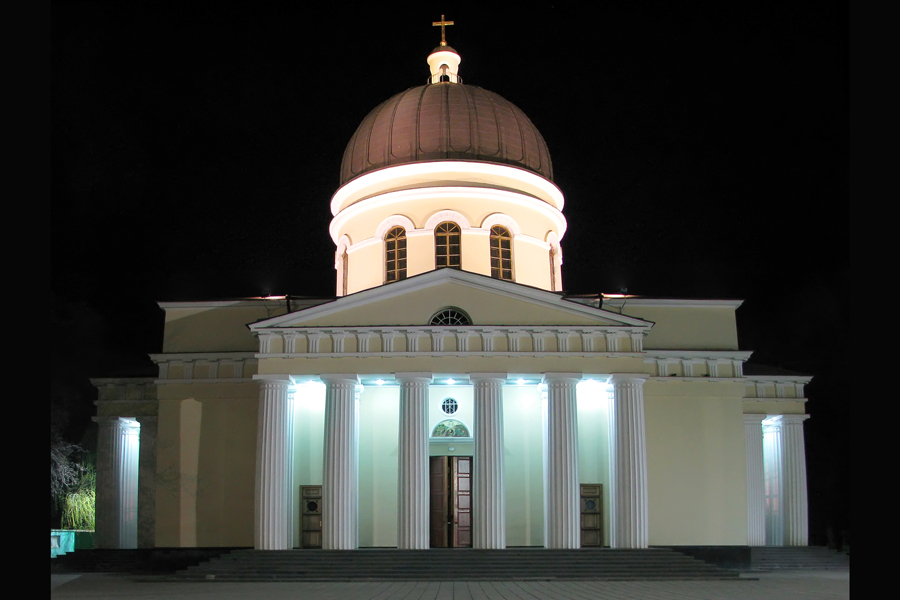 Landlocked between Romania and Ukraine, this is probably Eastern Europe’s most unknown country. It was part of the Soviet Empire and is still largely influenced by the politics of the East and the West. A strip of Moldova’s internationally recognized territory on the east bank of the river Dniester has been under the de facto control of the breakaway government of Transnistria since 1990. We also visit Transnistria in our Insight Into Moldova tour.

Upon arrival at Chisinau airport you are met and transferred to your hotel.  Check in time starts from 1500 hrs.
Overnight:Best Western Plus Flowers Hotel, Chisinau (4 nights)

Chisinau, the capital of  Moldova, is situated in the central part of the country, along the river Bic and  has 160 km2 , where over 750 000 people live. The city is known as the standard of the modern metropolis , with wide boulevards and streets, which grew up from the old city, build after European architectural customs.  Chisinau will astonish you with the abundance of architectural styles, of which classicism and romanticism, modern venetian baroque and others.  The city is also known as “ the little Rome ” because it is situated on 7 hills. Our tour starts with the Museum of Fine Arts and the Museum of Natural History and Ethnography, the Central Park and Alley of Classics followed by the monument of Stefan cel Mare,  Square of the Great National Liberation, Boulevard of Stefan cel Mare, Triumph Arch, Central Cathedral,  Organ Hall, Market of souvenirs,  Theatre “ Mihai Eminescu”,  International Exhibition Center “ MoldExpo” and a tour of the Wine House. Afternoon free. (B)

Full day excursion to Tiraspol. Tiraspol, in Greek means “Town on the Dniester”, appeared on the map of Moldova in 1792 during the fight against the Ottoman Janissaries. Here everything is almost the same as it was during the times of the Soviet Union. There are huge panels with the national emblem and patriotic slogans on the streets. Tiraspol remains the same, as in the olden days, the greater in contrast with modern life. Tiraspol is a green city with beautiful recreation area and houses one of the oldest gardens in Moldova. We visit the Historical Museum, T. Shevchenko University, Drama Theatre, Monument to Suvorov and the Decembrist Rayevsky. An interesting excursion can be undertaken in Kolkotian beam – the famous geo paleontological monument in Moldova. (B)

Today it is the tour on the famous Moldovian Wine to Milestii Mici. The Quality Wines Industrial Complex “Milestii Mici” is located 20 km south of Chisinau, in the village Milestii Mici. The underground galleries, transformed into wine warehouses, stretched for 50 km. The wines stored here are made of various ages beginning with the period 1968 to 1991. The constant annual temperature of 12 – 14 C and the humidity of 85-95% of this “kingdom of wine” ideally contributes to the preservation of the Moldavian strategic stocks.  The “Golden Collection” of Milestii Mici contains over two million bottles of harmonious wines dated from the period of Moldavian wine making prosperity “Pinot”, “Traminer”, “Muscat”, “Riesling”, “Feteasca”, “Codru”, “Negru de Purcari”, “Trandafi rul Moldovei”, “Auriu” and others. Wine tour has to include wine tasting accompanied with local dishes and after that we drive back to Chisinau. Afternoon free at leisure.  (B)

Check out after breakfast and transfer to the airport for our departure flight. (B)

We accept payment in US $ (US Dollars), CA $ (Canadian Dollars) or equivalent EURO (for clients outside North America). Bestway Tours & Safaris offers conversion rate protection. Once full payment has been received, and no modification has been made to the tour itinerary, we will honour that rate. For complete payment procedures, please click here