First of all, I want to say WELCOME to our country and I will be very happy to show the best and at the same time the important buildings from the center capital of Moldova which is Chisinau. 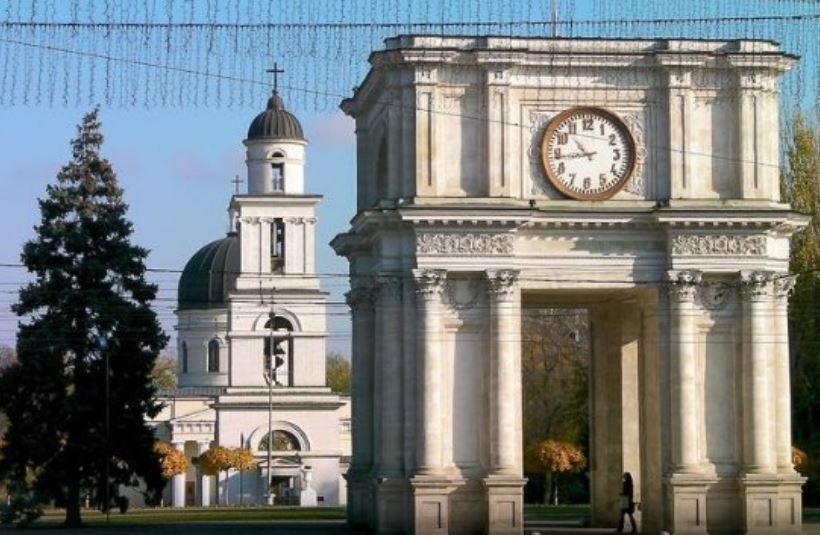 Highlights
Places of interest: the historical center of Chisinau with its administrative and cultural edifices along the main boulevard of Stefan cel Mare, the main square of the General National Meeting, public parks, churches and museums of the city, Central Market, and the market of crafts and souvenirs, W.W.II memorial Eternitatea, buildings of parliament and government.
Chisinau city is also named “Small Rome” because it is situated on 7 hills. The wide parks and avenues with very interesting architecture, a specific atmosphere that predominates here are very characteristic of this city.

1.First place of our city tour is Pedestrian street, it has a nice statue of 2 lovers and has several restaurants and cafes, this street opens the view to the national bank of Moldova and the Academy of Economic Studies of Moldova.

The Nativity Cathedral was built in the 1830s and is the most important orthodox church in Moldova.  It’s also a stunning and picturesque building.  The church has twice been seriously damaged, particularly during world war II.  However, the church you see nowadays was reconstructed in 1997 and appears brand new. The Cathedral was designed by Avraam Melnikov. It is one of the best examples of Russian architecture in Chisinau.

The Triumphal Arch, also known as the Holy Gate, is a magnificent structure. It commemorates the victory of Russia over Turkey and was built in 1846 to a design by architect I. Zaushkevich. This watch, chiming every fifteen minutes. It stands 13 meters high, the Arch (Gate) is also noted for its fascinating history. After the Russians had defeated the Turkish army, Tsar Nikolai I, acting on the request of General M.S. Vorontsov, one of the most prominent war veterans, ordered the making of bells from captured Turkish canons. The bells were to be installed on the bell tower inside the Arch. However, upon their completion, it became obvious that the bells were too big for the tower and therefore a separate belfry had to be erected nearby to hold the bells. The independence celebrations were held at the Triumphal Arch.  There is talk about Moldova unifying with Romania and joining the EU but for now, it’s an independent European country outside of the EU. And it’s our little tour Eifel.

This is the Stephen the Great superhero for us.

In some days like 9 may, city day, independence day the president put flower here or when someone is getting married they put flowers at this monument, its like a sign of gratitude

At first, there were only twelve sculptures but after the fall of the Soviet Union, the local authorities added busts of Romanian and Moldovan writers and poets that were banned during the Soviet regime. The idea of a sculptural complex was put forward by the sculptor Alexandru Plămădeală, who dreamed of creating an open-air museum. The Alley of Classics contains 28 busts

. It has more than 30,000 exhibits arranged within five galleries: Medieval and creative folk, Bessarabian, contemporary Russian, Western and Eastern European, and set design and decorative-applied arts. The museum also holds a beautiful collection of Orthodox icons.It was founded in 1939 by sculptor Alexandru Plamadeala who selected 160 works of Bessarabian and Romanian artists to establish the Picture Gallery of Chisinau, the predecessor of the fine arts museum.

This is the largest and most prestigious concert hall of Moldova, and many of the most important musical events by local and foreign popular artists are held here. The National Palace is also home to “Lautarii”, Moldova’s best-known folk music orchestra.

The Government assures the realization of the domestic and foreign policy of the country, performs the general management of public administration and it is responsible before the Parliament.

Apart from being a historically important place of gathering, today it is also a popular venue for concerts and public celebrations.