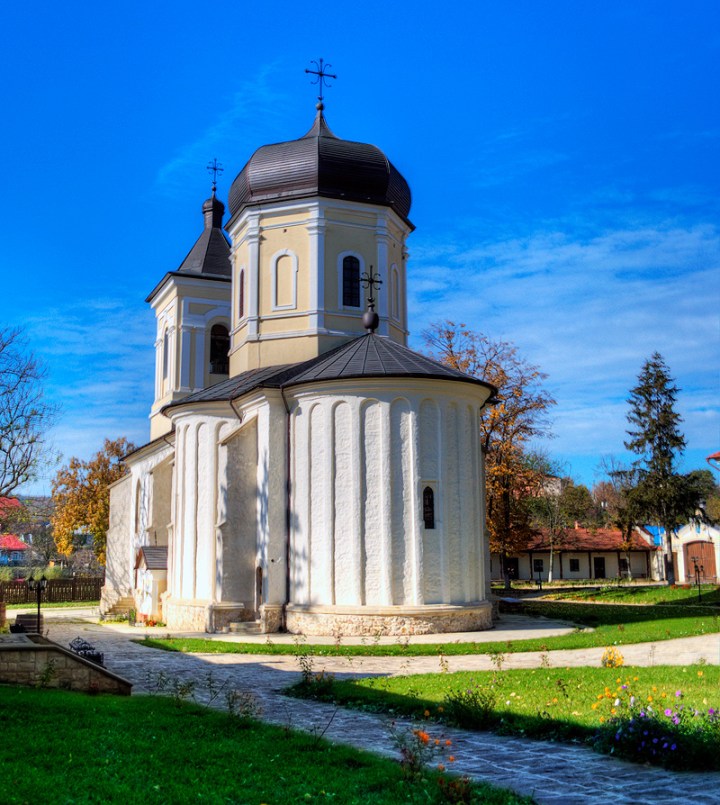 In a picturesque forest area, only 40km north – west of Chisinau, lies Capriana Convent – one of the oldest in Moldova (1429). For a long period of time it was the headquarters of Moldova’s bishop. It was founded by great Moldovan Rulers such as Stefan the Great. The chronicler Eftinie and one of the first poets of Moldova, Chiprian also lived here. Originally it was constructed completely in wood, later, in 1545, a church for the summer period called “Assumption of the Virgin Mary” was constructed from stone. In 1840 the “St. George” and in 1903 the “St. Nicolae” churches were built. The biggest convent library in Moldova was situated here in Capriana, it was endowed with precious gifts by different leaders. Closed and dilapidated during the post-war period, it was only reopened again in 1989, becoming a symbol of national revival.

The monastery can be visited daily. Near the monastery there are other sites worth visiting: the “Capriana-Scoreni” nature reserve, the oak-tree of Stefan the Great, and the oldest nature reserve in Moldova, “Codrii”.