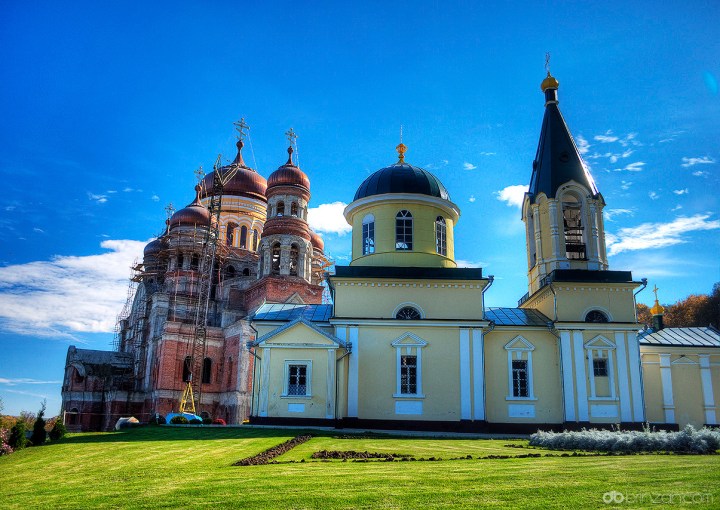 In 1678 in a forest at the source of the Cogalnic river (about 55 km West of Chisinau) the great High steward Mihai Hincu at request of his daughter founded a convent of nuns, which she entered. The convent was named Parascheva. The wooden churches and cells were often destroyed by the Tartar invasions during the XVIIth c., and the “St. Parascheva” monastery remained uninhabited. In 1835 a stone church was built in a Russian-Byzantine style for the summer period. Later, in 1841, came a church for the winter season.

A lot of water springs surround the convent, one of them is mineralized. The convent can be visited daily. There are entrance fees and local guides and lodgings are available.